Mapping Air Quality in the eternal city of Rome 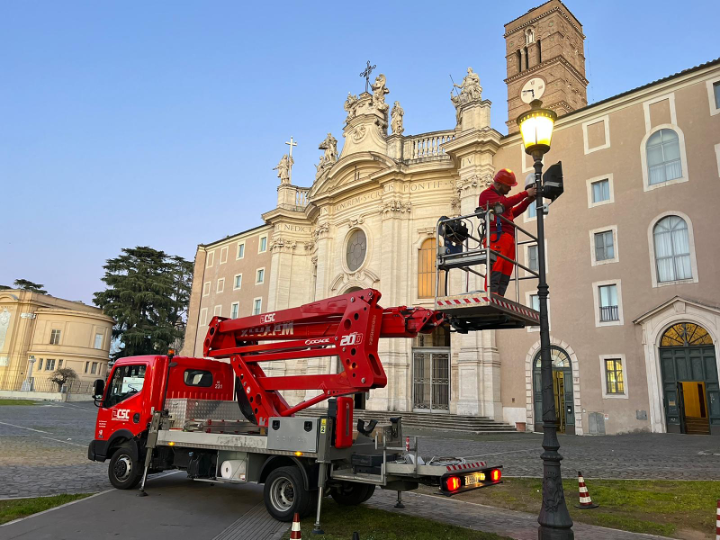 When installing equipment in the public ground of a city, the design and placement of the objects, together with factors such as functionality and safety, should take into account the aesthetics and visual identity of the environment. These two factors are particularly important in cities with a rich artistic heritage, and recently we had the opportunity to deploy a grid of air quality sensors in one of the most iconic cities in the world: Rome, Italy.

This deployment is one of the four pilots carried out by the MappingAir project, funded by the EU Horizon 2020 Research and Innovation Programme (Grant Agreement Number 878799). The project aims to further develop the mapping of air pollution in cities with high spatial and temporal resolution, with the deployment of outstandingly accurate gas sensors using the Bettair advanced post-processing algorithm.

Rome is the capital of Italy and the third most populous city in the European Union by population within city limits (3 million residents in 1,285 km2). The city has been a major human settlement for almost three millennia. The commune encompasses a very wide area, six times the size of Milan and twelve times the size of Barcelona as reference; it includes considerable areas of abandoned marshland which is suitable neither for agriculture nor for urban development. As a consequence, the population density of the municipality is not that high, its territory being divided between highly urbanised areas and areas designated as parks, nature reserves, and even for agricultural use. Despite the massive presence of green areas, the intense traffic of private vehicles, which is justified by a public transit system widely considered inadequate, represents a real problem for the city in terms of air pollution, together with domestic heating.

After an initial proposal to Roma Capitale from the MappingAir consortium, the consortium focused on defining the methodology to perfectly locate and deploy the devices. The goal was to spatially cover most of the selected area while ensuring the locations were as diverse as possible with respect to any feature that can be related to pollution and air quality. However, it was clear from the beginning that Roma would not permit any device to be mounted on the streetlamps that could have a negative visual impact on the aesthetics of the Eternal City.

Fortunately, the Bettair static node was designed considering the small form factor. It is one of the most compact devices available on the market with a volume below 4.500 cm3, with a weight below 2 kg, keeping high accuracy and its shape was devised to be pleasant and imperceptible in urban landscape. For this reason, it was possible to quickly be granted the green light for deploying 16 Bettair static nodes in the city of Rome, which were installed in February 2022.

In the first of its kind with a resolution of 10 metres, the air quality map will soon be validated and shared along with the data of the first few months of operation. Stay tuned for more exciting news coming from the MappingAir consortium.